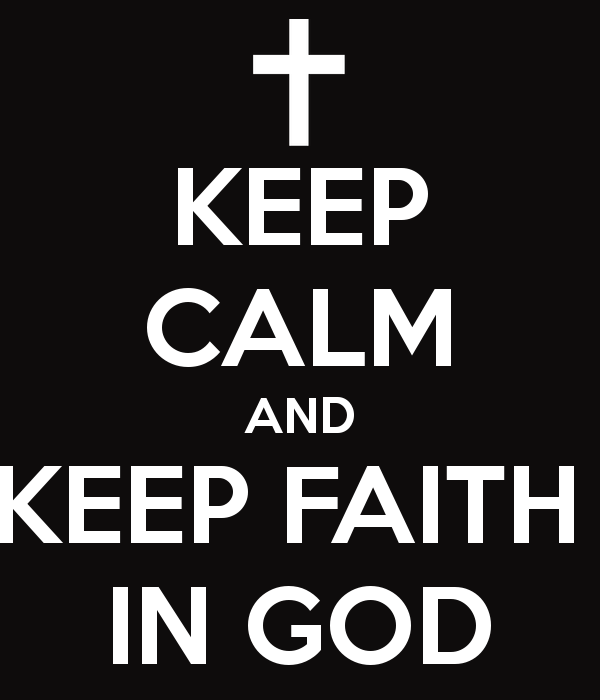 The following will include; what faith is what it isn’t, and some of my testimony on the outcomes of having true faith.

What is faith? What isn’t faith? There is more than one dimension to what faith really is. Most people think that faith is just hoping that God does what you want him to do, and that if you hope hard and long enough, it will come to pass. The problem with this is that it is not centered on God but you, and there is no action to back the faith. Sure The Bible says that, “Faith is being sure of what you hope for and certain of what you do not see.” –Hebrews 11:1 But it also says, “What good is it, my brothers, if a man claims to have faith but has no deeds? In the same way, faith by itself, if it is not accompanied by action, is dead.”- James 2:23. Faith is more than just the belief in God. [Even the demons believe that.] Many people will let what’s going on around them weaken their faith, but we are to walk by faith and NOT sight.” Faith and action go hand in hand when it comes to receiving what God has for you. You need both not one or the other. It’s doing all that you possibly can, then believing God to do what you cannot.

For privacy purposes I will refer to schools/ districts as “School/district A, B, C and D” while giving my testimony.

Anyone who knows me, know that I have been trying to get into education for over 2 years now. My dream position was 3/4th grade ELA. When I graduated it was extremely hard for me to even get a substitute position with District A where I grew up and anywhere else for that matter. I was finally able to get on with them, subbed for about a year, did their after school program, applied for MANY teaching positions, and never received a call or interview. Then I applied to district B, close by. I asked for help from several different people without receiving much help at all. Others were able to get on there with the help of those who did not offer me much assistance. Next I applied to district C. There I was called for 6 interviews within a 2 month span and did not receive any of the positions. District D’s hiring process was so long and tedious I did not even bother filling out an application at the time, I figured getting on there was next to impossible.

After so many closed doors and “No’s”, one would quickly give up, I just knew that there was a reason and that somehow God had something even better for me than what I wanted for myself. I had to trust him. I stayed in my word and was making sure that my heart was in the right place and that I was staying in His will by wanting this so badly.  I took a break at pursing this career to really just spend time with God, get to know him better, and ask him what is it that he wanted. After about 4 months he put the drive back in me and I wanted more than ever to be able to use my teaching position to bring him glory, bring others to him, and change lives.

I went to a few job fairs, that were far by the way, had my well-rehearsed responses to questions, and became all job-faired out. I decided I would go on one more job fair in district D, since C would not hire me; I left my scripted responses at home and just let my light shine. Due to work, I showed up about 20 min before the event was over, tired and hot. I was just wandering around when I turned back and a woman was running towards me. She said there was just something about me that had drawn her to me and with my permission she just had to talk to me.

Of course I went to her table to talk.lol her school was hiring for a position far outside my certification area but she said there was another position that she wanted to talk to me about. 4th grade ELA (look at God). This lady did not ask me any interview questions at all; we just talked and the conversation lead to my writings for this blog. After we finished she skipped the part where I was to interview at her school, but invited me to come do a lesson the next day! I post-poned it a week due to conflicting schedules.

District A, the one I really wanted at one point, finally called me in for an interview. I went in, all excited, and was told that due to new personnel there, they were no longer accepting people who had gone through my particular program. BUT she referred me to a friend of hers that was in administration at a Christian based school, and told me great things about the programs there.

I finally decided to call this school a week later and they asked to set up an interview for the same week that I had to give a lesson for District D. My first impressions of the school were that it looked rather small and not like a normal school would look, I went in and waited for someone to retrieve me and while I was waiting, the musician next door was playing what I knew to be “praise music.” For a moment I forgot where I was and just started to praise God right there. At that moment, before even interviewing or knowing much about the school, I knew that is where I really wanted to be! I interviewed, still did my lesson for District D, and was offered both positions that same week and on the same day within hours of each other! Without even knowing pay, I turned down District D, where i thought it was impossible to get on at, and went with this Christian school and have since found out that it is lacking in NO AREA! It goes far beyond anything I could have ever dreamed up for myself! I actually did not even fill out an application until AFTER I accepted the position!  It was nothing but GOD.

Recently, District B offered me a position in their school, the same one I had no help trying to get into! I politely turned them down; God had already given me better than what I once wanted there. At the time all this was going on, it may have been hard not knowing how everything was going to come together, but now that I am where I am now, I can see how everything that seemed bad at the time worked out for my good! Here’s how:

District B: Was where I had no help getting in and if I did get in I would have never found out about my school now, and God STILL revealed to me that he was able to get me that position!

District C: Closed 6 doors on me, I was persistent lol, but by doing so I was lead to apply to

District D: Which had the HARDEST hiring process. There God showed me that through him ALL things were possible when he presented me with that position too!

District A, The one I wanted the most for myself at one point, rejected me but lead me directly to the position God saw fit for me and blessed me with FAR beyond the desires of my heart! It’s even perfect for my daughter!

Final thought: Wherever you are right now, things may seem bleak and you have no idea how things will turn out. But what the devil intends to make you think is bad, God intends to raise you up and have it all work out for your good! You must TRUST him and have ACTIVE faith! God is fully capable of giving us what we want. Some things we want for ourselves are hard for us to let go of, but God will show you that what he wants for you is so much greater than what you lost and beyond what you could have ever hoped for! Keep the faith! We know that without it, it is impossible to please God and we always want to do those things that please the father. So if you are in God’s will and your desires are in alignment to it, HOLD ON because we know that God is able to do immeasurably more than all we ask or imagine, according to his riches and glory! Ephesians 3:20

4 thoughts on “Keep The Faith!”

Act on the gifts inside of you...everyday! Tell your testimony, witness to someone, write your story, love on others..tomorrow is not promised! #ripkobebryant
2020 is the Year of “Preparation” for us! What’s one word that will describe your 2020 goals?! #happy2020
At First Baptist Church of Glenarden (FBCG) our church theme this year has been #DoingLifeTogether We want to encourage you to embrace Doing Life with believers around you that will encourage you, in order to be in a posture to eventually help someone else. To do it takes accountability, transparency, and righteousness. Click link in bio for new post! #fbcglenarden #mcc #menconnectedwithchrist #mensgroup #mensconnectgroup #couplesministry #realtalkrealmarriage
If you are going to trust God, you can’t worry and trust at the same time! Let God and Let Go! 🙏🏽
🚨 New Post 🚨 - Man the enemy has really been trying to distract me from God’s will over my life. At times I’ve felt discouraged, unprepared, or disappointed by it. Check out how to “Lose Yourself” to God in order to combat the enemy’s attack. Link In Bio! • • • #Jesus #TheLivingWater #Love #Peace #Joy #NotTodaySatan #ButGod #WhatDoWeSayToEvil #NotToday #HealingThroughTransparency #HealingThroughVulnerability #StarvingChristians #JesusChrist